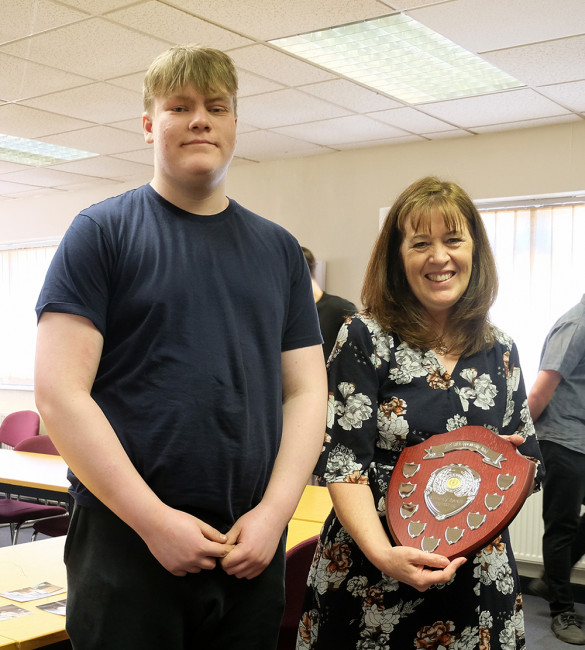 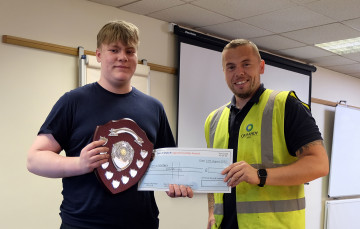 Congratulations to James Walters who is the winner of the David Dutch Apprenticeship Award for 2020.

The award was presented for the first time this year in honour of the late David Dutch who worked tirelessly for the company for many years and was an inspiration to all those who worked alongside him.

The award will be presented each year to the apprentice who has made excellent progress and a valuable contribution, both on the shop floor and at Bradford College where they study for their ‘Level 2 Fabrication & Welding’ qualification.

James, who started with Ormandy last year, was presented with his award by David Dutch’s wife, Ann Dutch and Ormandy Rycroft Production Manager, Richard Newton, along with a cheque in recognition of his commitment and hard work.

Our policy at Ormandy has always been to ‘grow your own’ and with our first-class apprenticeship scheme, we will continue to do so.